You will read the essay Why We Crave Horror Movies by Stephen King found at theend of the document. After reading the essay:

Why We Crave Horror Movies By Stephen King I think that we're all mentally ill; those of us outside the asylums only hide it a little better – and maybe not all that much better, after all. We've all known people who talk to themselves, people who sometimes squinch their faces into horrible grimaces when they believe no one is watching, people who have some hysterical fear – of snakes, the dark, the tight place, the long drop... and, of course, those final worms and grubs that are waiting so patiently underground.When we pay our four or five bucks and seat ourselves at tenth-row center in at heater showing a horror movie, we are daring the nightmare.Why? Some of the reasons are simple and obvious. To show that we can, that we are not afraid, that we can ride this roller coaster. Which is not to say that a really good horror movie may not surprise a scream out of us at some point, the way we may scream when the roller coaster twists through a complete 360 or plows through a lake at the bottom of the drop. And horror movies, like roller coasters, have always been the special province of the young; by the time one turns 40 or 50, one's appetite for double twists or 360-degree loops may be considerably depleted.We also go to re-establish our feelings of essential normality; the horror movie is innately conservative,even reactionary. Freda Jackson as the horrible melting woman in Die, Monster, Die! confirms for us that no matter how far we may be removed from the beauty of a Robert Redford or a Diana Ross, we are still light-years from true ugliness.And we go to have fun.Ah, but this is where the ground starts to slope away, isn't it? Because this is a very peculiar sort of fun, indeed. The fun comes from seeing others menaced – sometimes killed. One critic has suggested that if pro football has become the voyeur's version of combat, then the horror film has become the modern version of the public lynching.It is true that the mythic “fairy-tale" horror film intends to take away the shades of grey .... It urges us to put away our more civilized and adult penchant for analysis and to become children again, seeing things in pure blacks and whites. It may be that horror movies provide psychic relief on this level because this invitation to lapse into simplicity, irrationality and even outright madness is extended so rarely. We are told we may allow our emotions a free rein ... or no rein at all.If we are all insane, then sanity becomes a matter of degree. If your insanity leads you to carve up women like Jack the Ripper or the Cleveland Torso Murderer, we clap you away in the funny farm (but neither of those two amateur-night surgeons was ever caught, heh-heh-heh); if, on the other hand, your insanity

leads you only to talk to yourself when you're under stress or to pick your nose on your morning bus, thenyou are left alone to go about your business... though it is doubtful that you will ever be invited to the best parties.The potential lyncher is in almost all of us (excluding saints, past and present; but then, most saints have been crazy in their own ways), and every now and then, he has to be let loose to scream and roll around in the grass. Our emotions and our fears form their own body, and we recognize that it demands its own exercise to maintain proper muscle tone. Certain of these emotional muscles are accepted – even exalted –in civilized society; they are, of course, the emotions that tend to maintain the status quo of civilization itself. Love, friendship, loyalty, kindness -- these are all the emotions that we applaud, emotions that have been immortalized in the couplets of Hallmark cards and in the verses (I don’t dare call it poetry) of Leonard Nimoy.When we exhibit these emotions, society showers us with positive reinforcement; we learn this even before we get out of diapers. When, as children, we hug our rotten little puke of a sister and give her a kiss, all the aunts and uncles smile and twit and cry, "Isn’t he the sweetest little thing?" Such coveted treats as chocolate-covered graham crackers often follow. But if we deliberately slam the rotten little puke of a sister's fingers in the door, sanctions follow - angry remonstrance from parents, aunts and uncles; instead of a chocolate-covered graham cracker, a spanking.But anti civilization emotions don't go away, and they demand periodic exercise. We have such “sick"jokes as, "Whať's the difference between a truckload of bowling balls and a truckload of dead babies?"(You can't unload a truckload of bowling balls with a pitchfork...a joke, by the way, that I heard originally from a ten-year-old.) Such a joke may surprise a laugh or a grin out of us even as we recoil, a possibility that confirms the thesis: If we share a brotherhood of man, then we also share an insanity of man. None of which is intended as a defense of either the sick joke or insanity but merely as an explanation of why the best horror films, like the best fairy tales, manage to be reactionary, anarchistic, and revolutionary all at the same time.The mythic horror movie, like the sick joke, has a dirty job to do. It deliberately appeals to all that is worst in us. It is morbidity unchained, our most base instincts let free, our nastiest fantasies realized...and it all happens, fittingly enough, in the dark. For those reasons, good liberals often shy away from horror films. For myself, I like to see the most aggressive of them – Dawn of the Dead, for instance – as lifting a trap door in the civilized fore brain and throwing a basket of raw meat to the hungry alligators swimming around in that subterranean river beneath.Why bother? Because it keeps them from getting out, man. It keeps them down there and me up here. I twas Lennon and McCartney who said that all you need is love, and I would agree with that.As long as you keep the gators fed.

1. Identify the hook and thesis statement of the essay.

2. How does the author support his thesis statement throughout the essay? Do youfind these arguments effective? 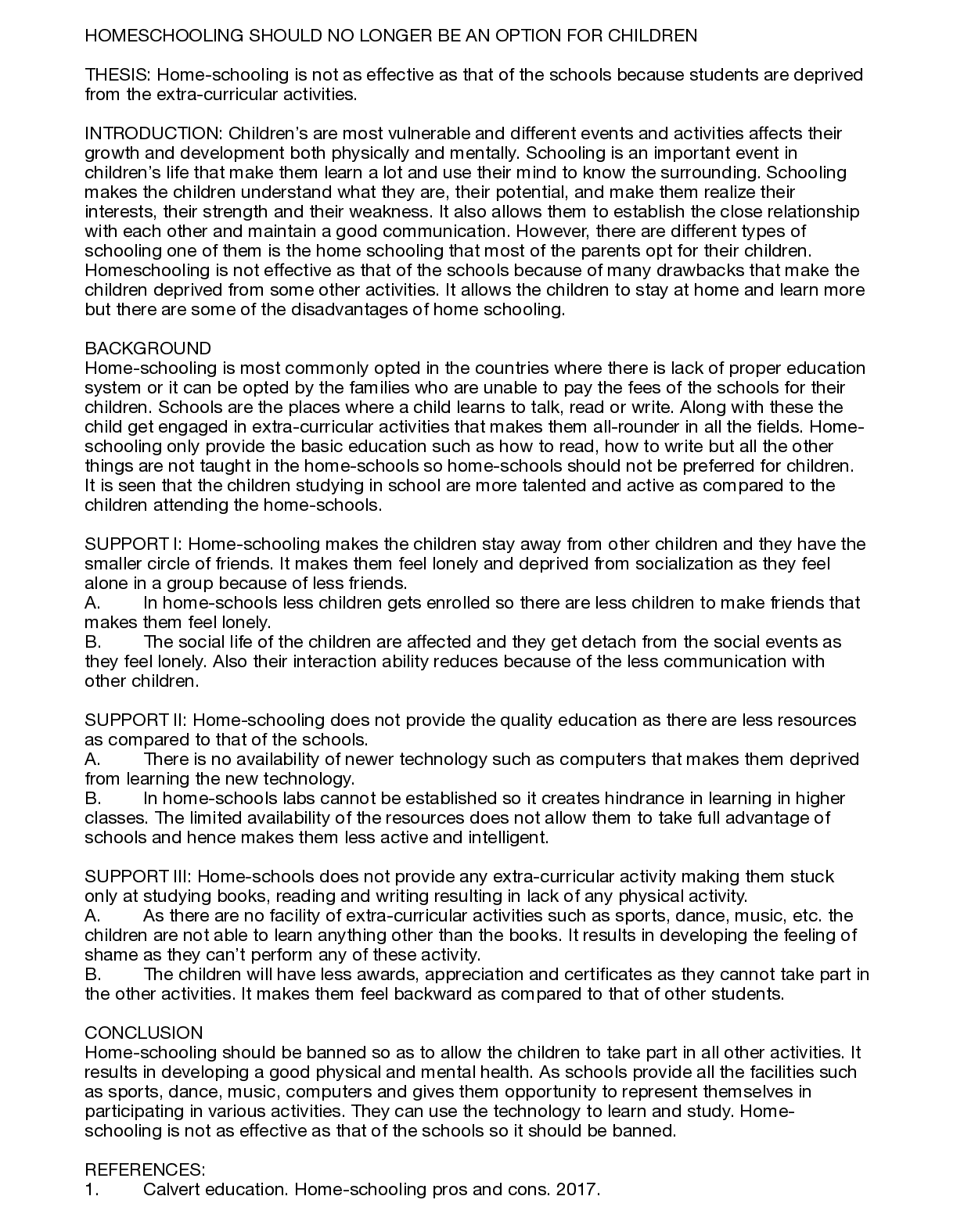 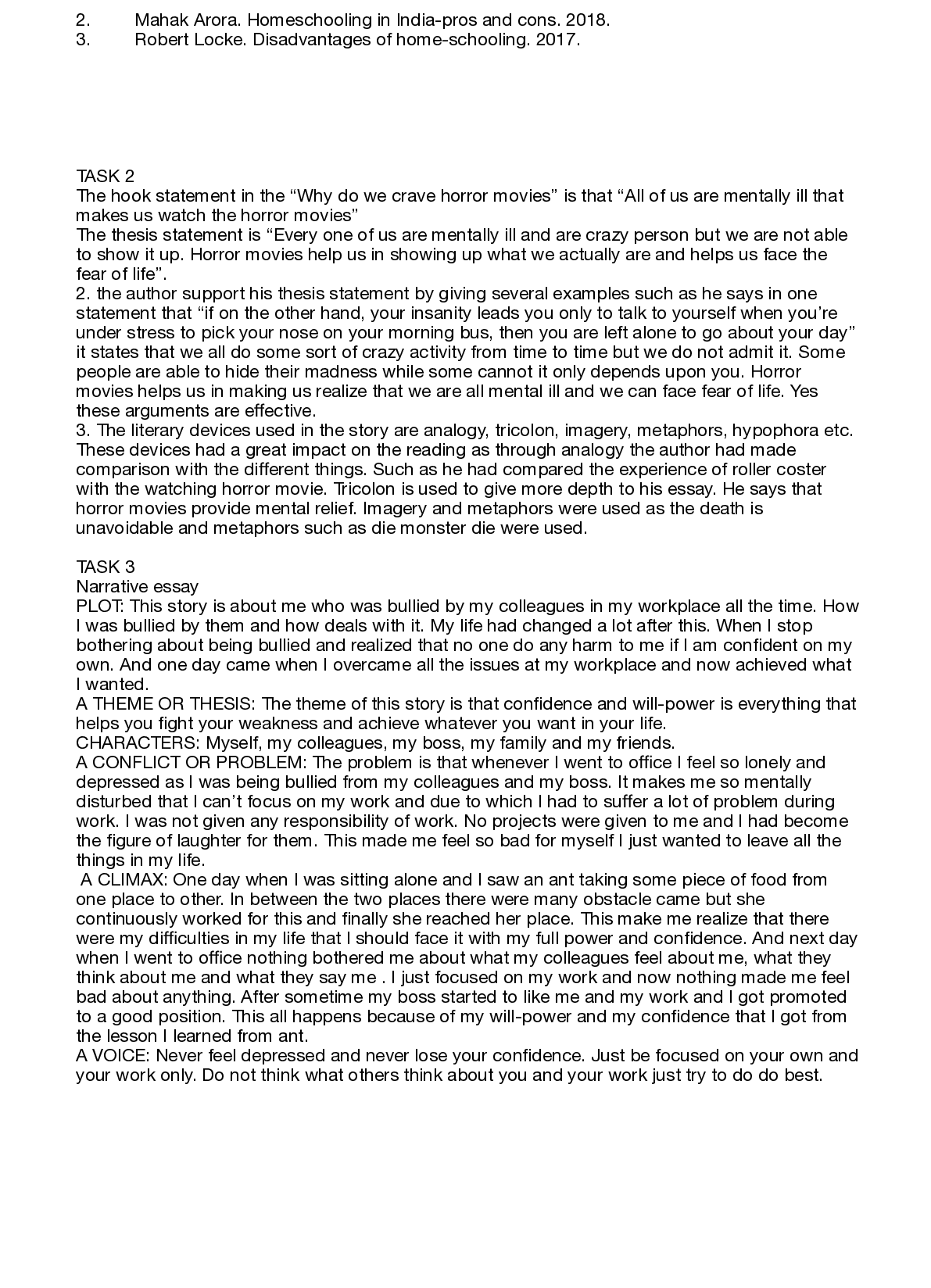 In our class we talked extensively of how we see poetic language in everyday life and how poetry is used in various genres. using the lecture and sources available can you talk about some contemporary uses of poetry and even cite a few examples ? Plan to write a complete essay in 3-5 paragraphs.

Free Verse/Blank Verse Poetry contains no clear rhyme or meter, although it can use poetic devices

In Hamlet the poetic sections (soliloquy sections) constitute a look into Hamlet's emotional scope and path from depression, to anger, questioning, and revenge. Please choose one soliloquy ( you can use the one you used for your assignment) and discuss ( iin 3-5paragraphs) with specific examples how you see your choice fitting in to the larger narrative and how this section reveal emotion and uses poetic devices

Chose one poem from this page of Summerthemed poems:
Then choose two-three examples specific of how your poem connects with the theme of Summer.

The following is an example of what type ofpoetic organization?
All multi-syllabic words are separated by a line |to help you count syllables to determine if thereis a meter
Now is the win ter of our dis con|tent Made gloriļous sum|mer by this sun of York;And all the clouds that lour'd upon our house In the deep boslom of the ocean buried.
Haiku
O free verse
Dactylic qaudmeter
iambic pentameter

According to your major, imagine that you're looking for a job, go and search for 3 ads. write a minimum one-page report about what are the job description and summarizes the required qualifications.

DQ1) Would you say cultural differences between team members cause stress? If so, how?

2) A 250 word descriptive essay of the following Data types