For this assessment task, you are required to write a report (1000 – 1200 words) that is based on one of the following groups who, at various times and in various contexts, have not had their human rights protected or promoted:

In your report, you are required to review, analyse and draw from relevant human rights documents (listed below) and from current evidence to explain:

• The ways in which Australian government(s) have not and/or do not meet specific obligations under specific conventions/articles to promote and protect the human rights and freedoms of your chosen group. Examples can be based on past and/or present legislation, policies and practices.

The ways in which Australian government(s) do meet their obligations under specific conventions/articles to promote and protect the human rights and freedoms of your chosen group.Examples should be based on up to date legislation, policies and practices.

Refer to the Australian Human Rights Commission website found at

The Universal Declaration of Human Rights

Convention Against Torture and Other Cruel, Inhuman or Degrading Treatment or Punishment

Convention on the Elimination of All Forms of Racial Discrimination

Convention on the Elimination of All Forms of Discrimination against Women

Convention on the Rights of the Child

Convention on the Rights of Persons with Disabilities

Your written report should include at least 8 (scholarly) journal articles or books. The format of your report will be discussed in greater detail during tutorials.

There have to be in-text citations as well as references done in APA style.

Human rights are rights inherent to all human beings, regardless of sex, race, nationality, ethnicity, language,religion, age, disability, or any other status. 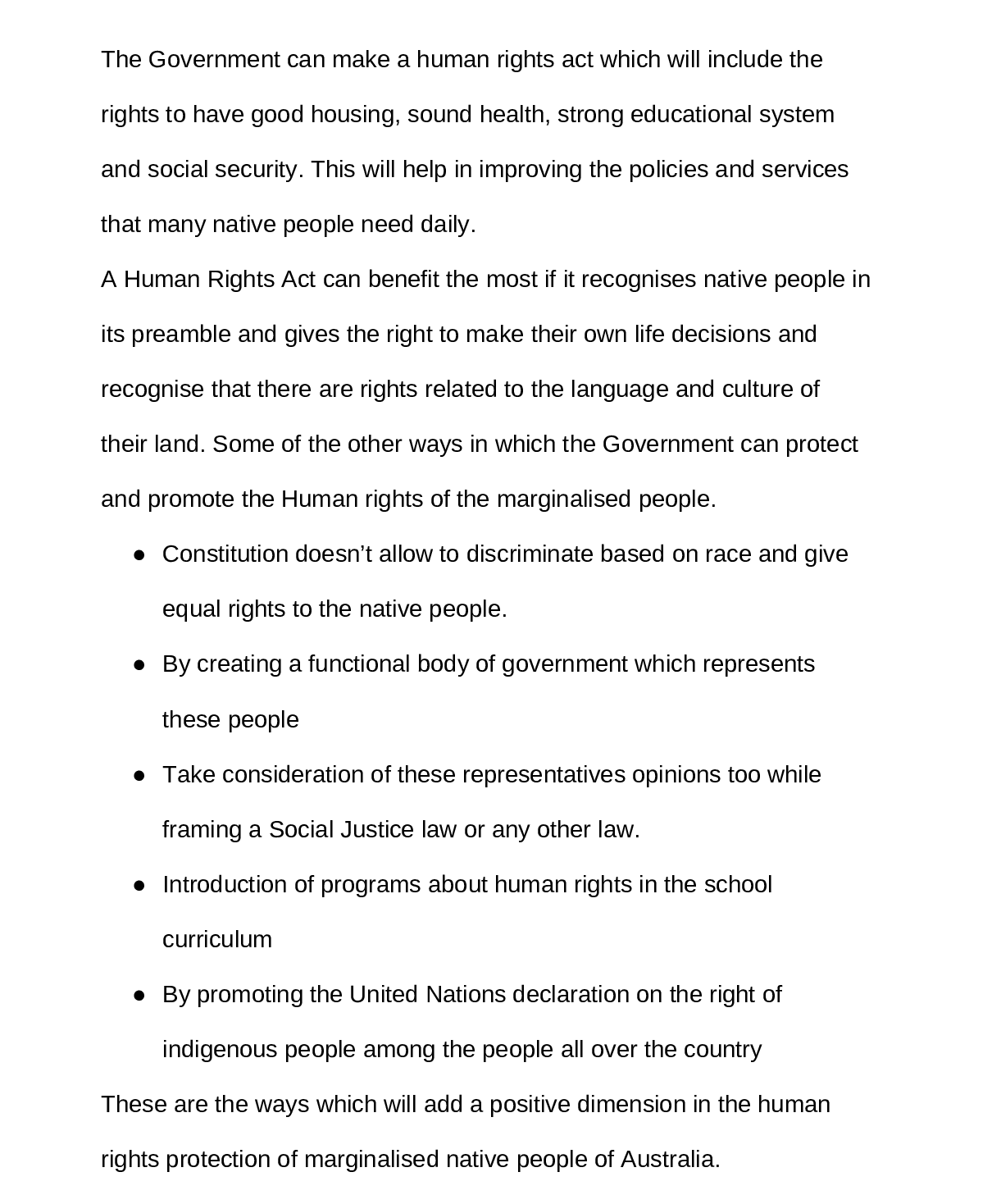 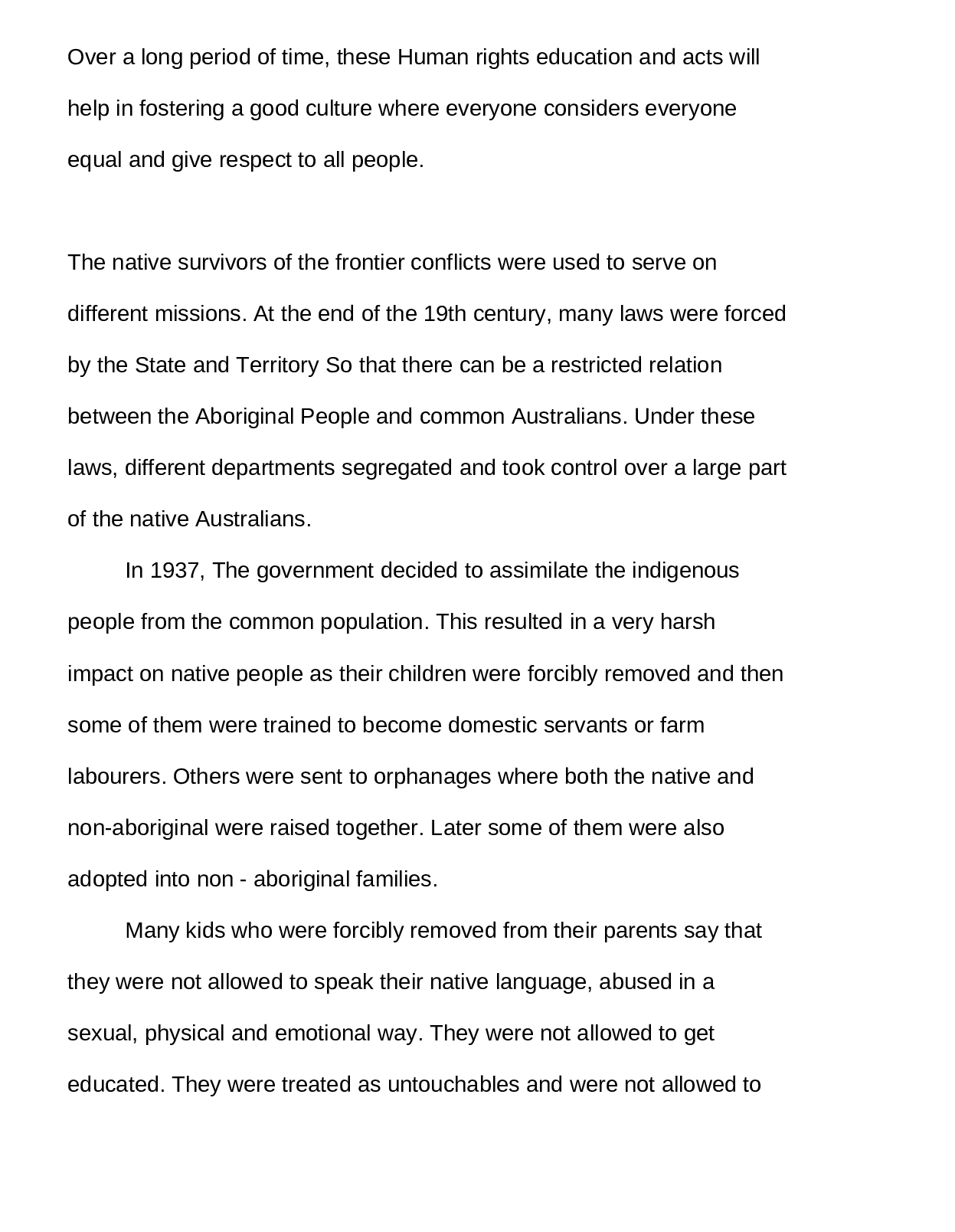 3. Rosalba, a resident of New Mexico, claims that Pet Food Company Inc., sold dog food that made her dog, Champ, sick. Champ is a prize-winning poodle. He survived the pet food fiasco only after traveling to a veterinarian in Florida specializing in p0odles and only because he had two very expensive surgeries. Additionally, his ability to sire has been impaired, and Rosalba will earn no more breeding fees from Champ. Her alleged damages are $100,000. Pet Food Company Inc., is incorporated in Delaware, with its principal place of business in New Mexico.
3a. Rosalba would like to bring the lawsuit in Federal Court in Florida, where her veterinarian is located, so it will be easy for the vet to testify at the trial. What would you tell her and why?(20 points)
3b. Rosalba would like to obtain additional evidence regarding the knowledge of Pet Food Company about any contaminants in the dog food, including whether the company was aware of any contamination and whether any other customers have contacted and/or sued Pet Food Company. How can Rosalba get this information? (10 points)

2. Sam was illegally growing marijuana in his home using heat lamps. The police randomly selected his street to search for illegal activity. Without any kind of a warrant, they used a thermal imager, an instrument that detects heat emissions, and determined that given the amount of emissions coming from Sam's house, he must be engaged in criminal marijuana cultivation. The police immediately broke down Sam's door, searched his home, and arrested him. The police officer in charge told Sam that he had no right to stay silent and that he might as well confess. Sam proceeded to confess to growing marijuana and a number of other crimes. The judge was so angry with Sam that he threw him in jail for two months without any kind of hearing. Sam's court-appointed lawyer, who just graduated from law school, is not sure if the police acted legally in Sam's case by using the thermal imager. Sam's lawyer
2a. Identify any issues involving the actions of the police and judge. How should these issues be addressed by Sam's lawyer and how should they be resolved by a court? (25 points)
2b. What if Sam did not own the home that he was living in, and in fact, the home had beenabandoned before Sam broke in and established his growing operation? In what way, if any,does this change your answer to 2a? (10 points)
also questions whether Sam had a right to remain silent, and he is concerned that the judge has not granted Sam a hearing.

1. Yuna, suffered a personal injury while operating her tractor at home in California. She filed a negligence suit in federal court against the manufacturer, Jack Doe Tractor, Inc. Jack Doe Tractor is incorporated in Delaware with its principal place of business in Illinois. Yuna also sued the seller, Cali Equipment Inc, which is incorporated in California with its principal place of business in California. Yuna and Cali Equipment informally agreed to settle out of court, but the agreement was subject to approval by Cali Equipment's insurer. Before a final agreement was reached regarding settlement with Cali Equipment, Jack Doe filed a motion in federal court for dismissal for lack of subject matter jurisdiction.
1a. Should the court grant the motion for dismissal? (25 points)
1b. If Cali settles with Yuna, and Yuna dismisses the case against Cali before the court decides on the motion. Should the court grant the motion? (10 points)

The lower court disallowed plaintiff to amends its complaint to add the latest drift incident. Why did the appeals court overturn this decision?
O b. Because the MN Rules of Civil Procedure require that amendments "shall be freely given when justice so requires"
O a. Because whereas the lower court reasoned that adding the latest incident served no purpose because pesticide drift cannot constitute trespass, the appeals court had just reasoned that it could
O c. Both a) and b)

The court addressed the National Organic Program regulations that prohibit sale of products as organic to which banned pesticides have been "applied." Defendant argued that drift does not mean "applied" under the rules. Why did the court dismiss this argument?
O a. Because the CFR regulations actually define "application" as including drift
O b. Because common sense so dictated
O c. Because Webster's Dictionary includes "settles upon" in its definition of "applied"

Which answer below describes how the court reasoned that pesticide drift - as particulate matter - can constitute trespass
O a. The court was persuaded by cases from other jurisdictions that have held that particulate matter settling on another's property can constitute trespass
O b. The court distinguished the present case from the precedential case upon which the lower court reached its ruling
O d. All of these factored into the court's reasoning
c. Where a particulate invasion negatively impacts the use of neighboring property - rather than just the quiet enjoyment of it - the invasion may constitute trespass

Match each case with its purpose in the opinion.

One of plaintiff's four theories of recovery was for negligence per se. Drawing on your knowledge of common lawnegligence, which best describes this theory?
O b. The defendant's activity is so dangerous that it cannot be made safe, so defendant is subject to strict liability
O c. Plaintiff need only prove that Defendant had complete control of the instrumentality that caused damage to plaintiff
O a. Plaintiff proves three of four elements of negligence by proving that Defendant violated a law or regulation meant to protect this plaintiff from this type of harm

Which one answer below is a reason the lower court refused to allow plaintiff to amend his claim to add an allegation of damages to its present allegations against defendant?
a. Minnesota Rules of Civil Procedure do not grant trial judges such discretion
b. Because, the trial court reasoned, that since pesticide drift cannot support a claim for trespass, there was no point in allowing such an amendment
O c. Because the court assumed that the crops were still marketable as organic because EPA regulations allow a crop with under 5% residue to still be sold as such