Let's talk about heat instead of a chemical contaminant.

--The stream of interest has a flow rate of

--A heat waste discharge flow of

carrying a temperature of

Is instantaneously mixed in the stream.

Using the same general approach as in HW2 problem 1, but for enthalpy concentration, what is the temperature after mixing? 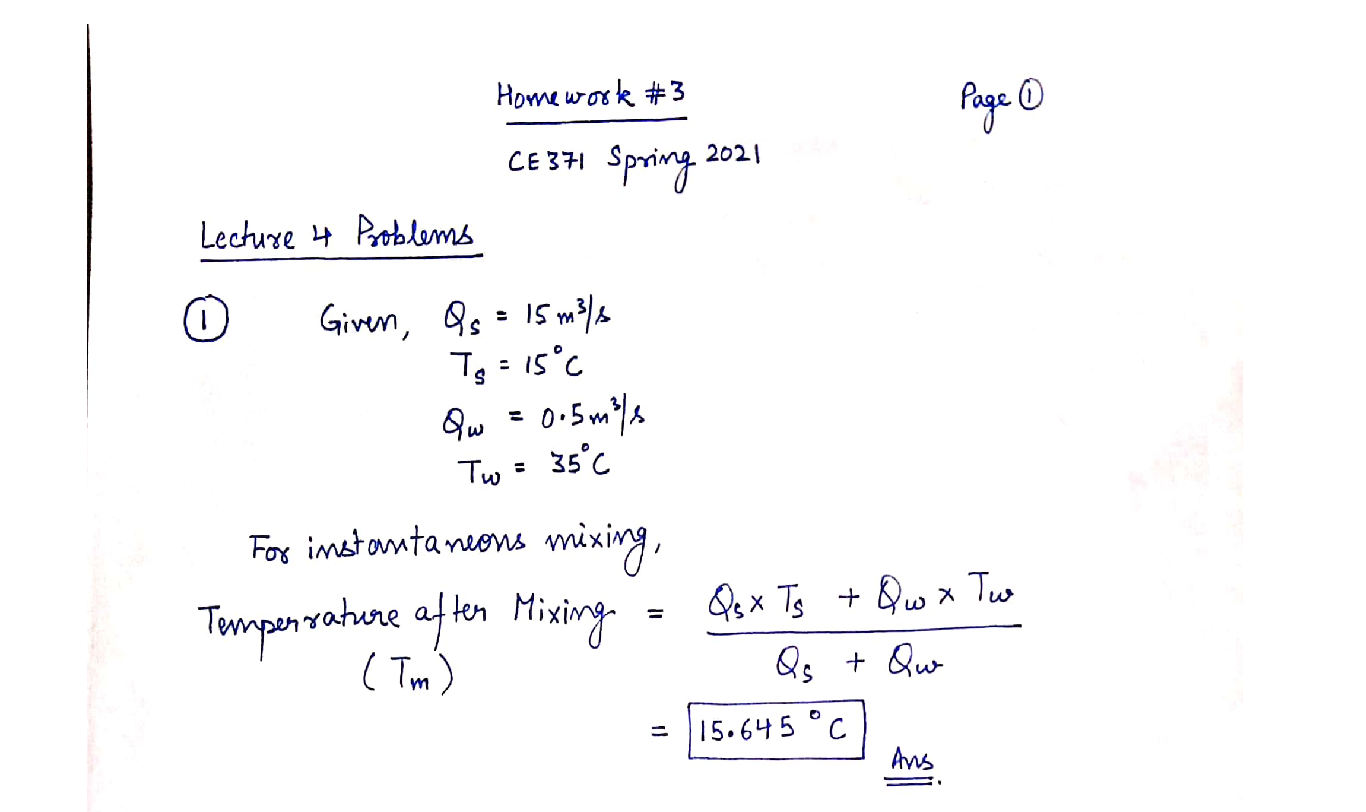 Place the unit operations and processes in the most likely sequence for a conventional biological activated sludge wastewater treatment plant with tertiary treatment.