. Block A, with a mass of 4.2 kg, is suspended from a vertical string as shown in Figure 10.The string passes over a pulley and is attached to block B. The mass of block B is 1.8 kg.The pulley and the surface of the ramp are essentially frictionless. Calculate (a) the acceleration of the blocks and (b) the tension in the string. A fans: (a) 5.3 m/s; (0) 19 NI

(a) Is this system in static equilibrium? Explain.

(b) Determine the tenslon in the string.

. Two masses, connected by a massless string, hangover a pulley that connects two inclines (Figure 8).Mass m, is 8.0 kg, and mass m, is 12 kg. The coefficient of kinetic friction for both inclines is 0.21. Determine the acceleration of the two masses. A

(a) Calculate the magnitude of the acceleration of the blocks.

(b) Calculate the magnitude of the tension in the string.

Three masses are connected by strings, as shown in Figure 5. Assume that the masses of the strings are negligible. Calculate the acceleration of each mass and the tension in the string. (2.3) AA 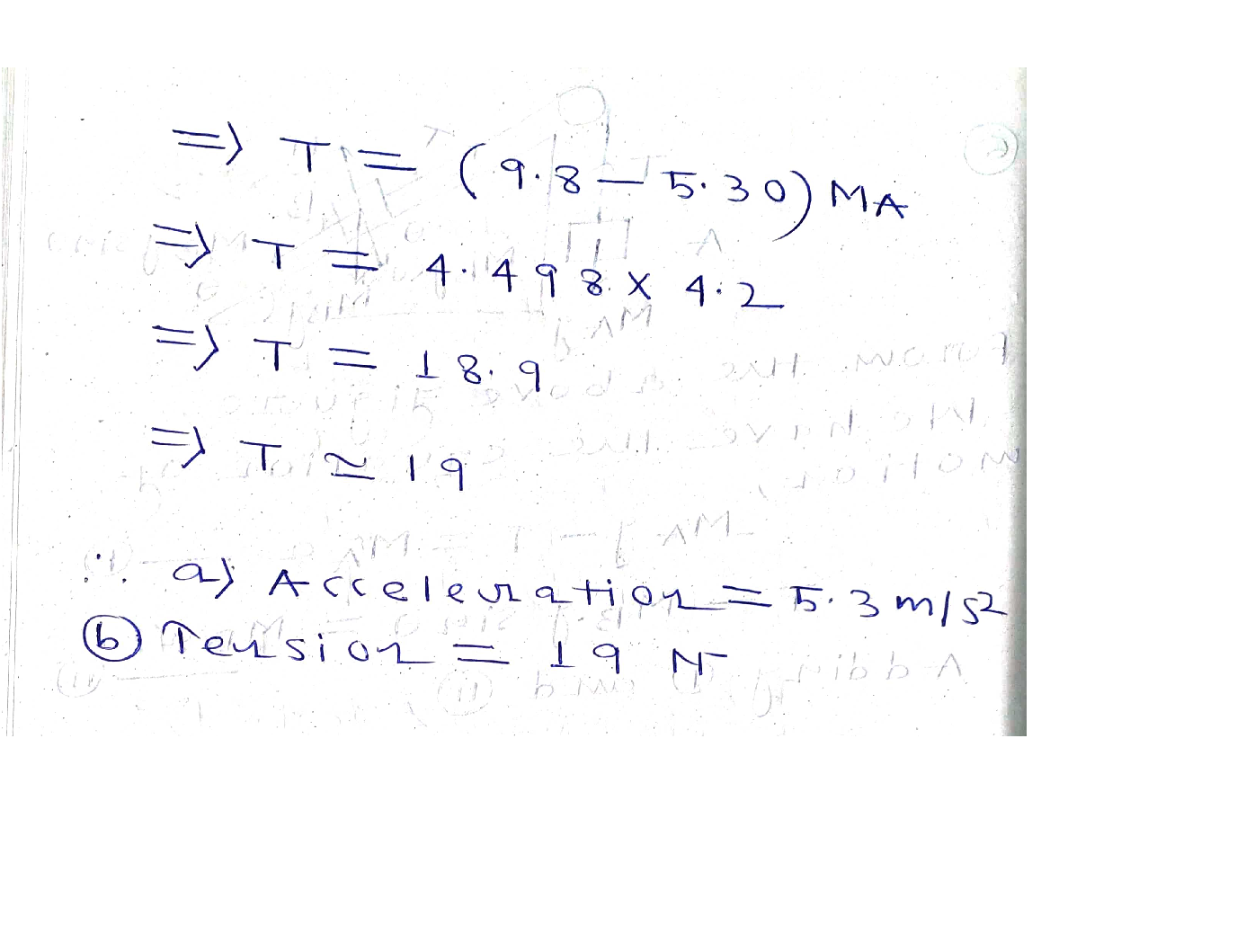 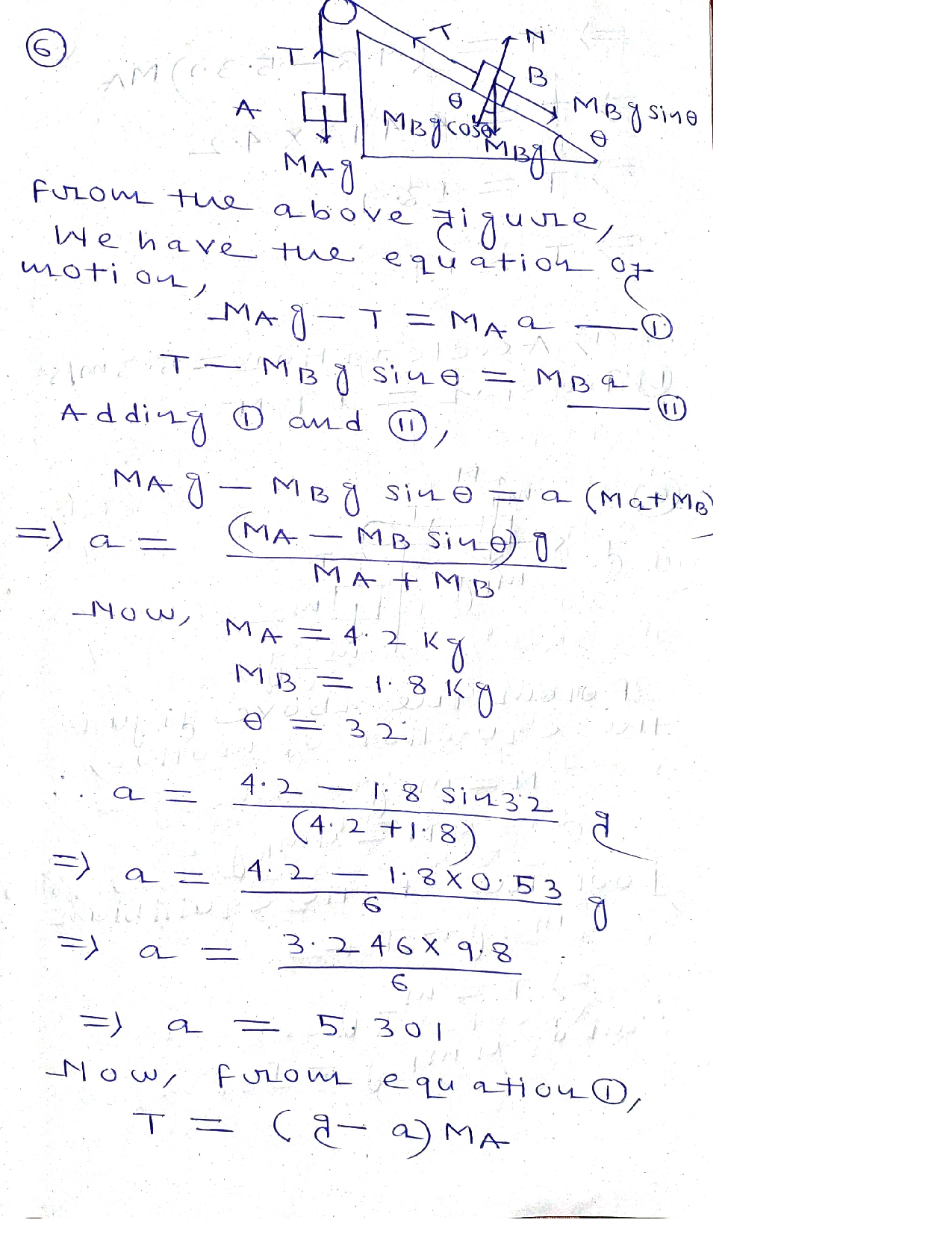 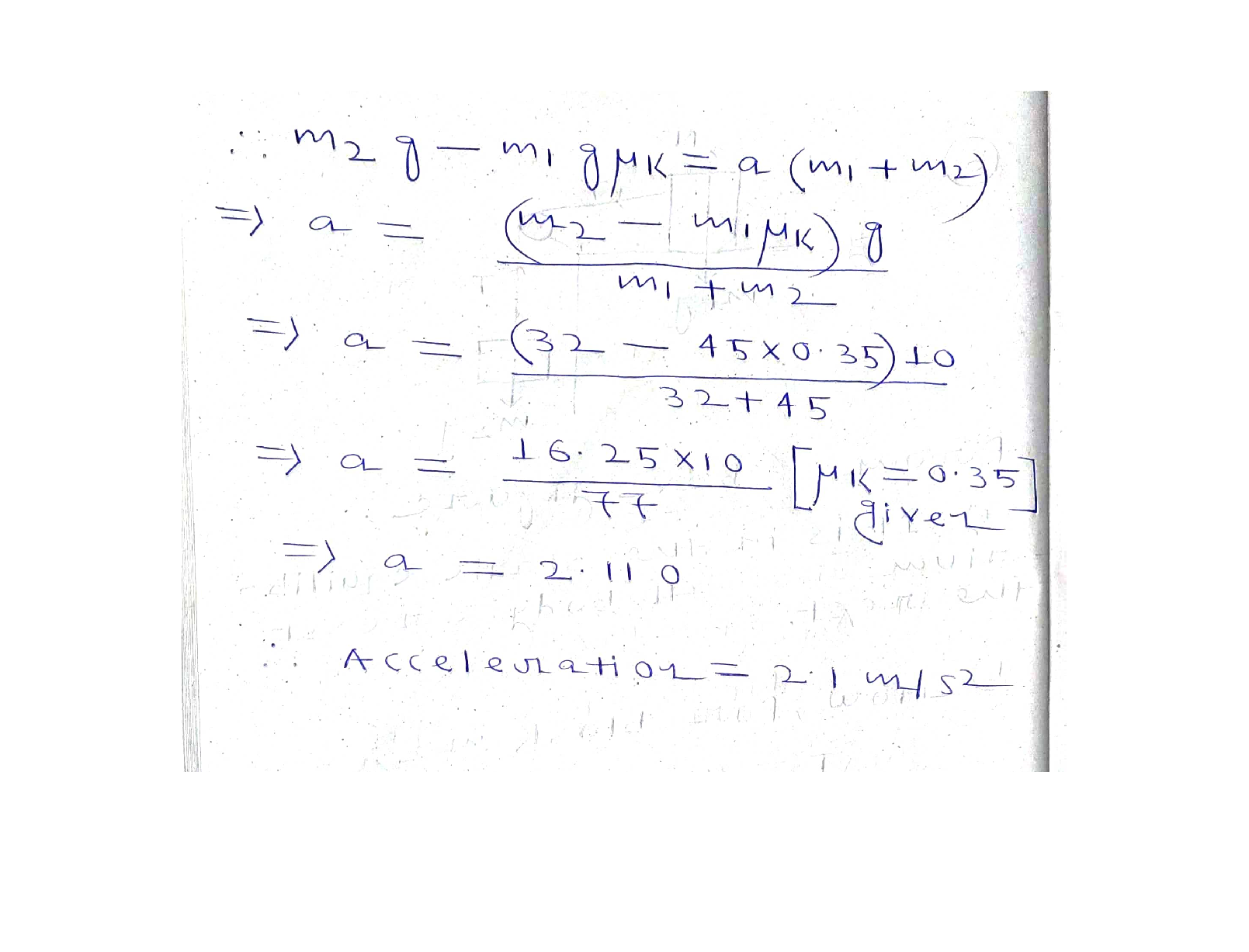 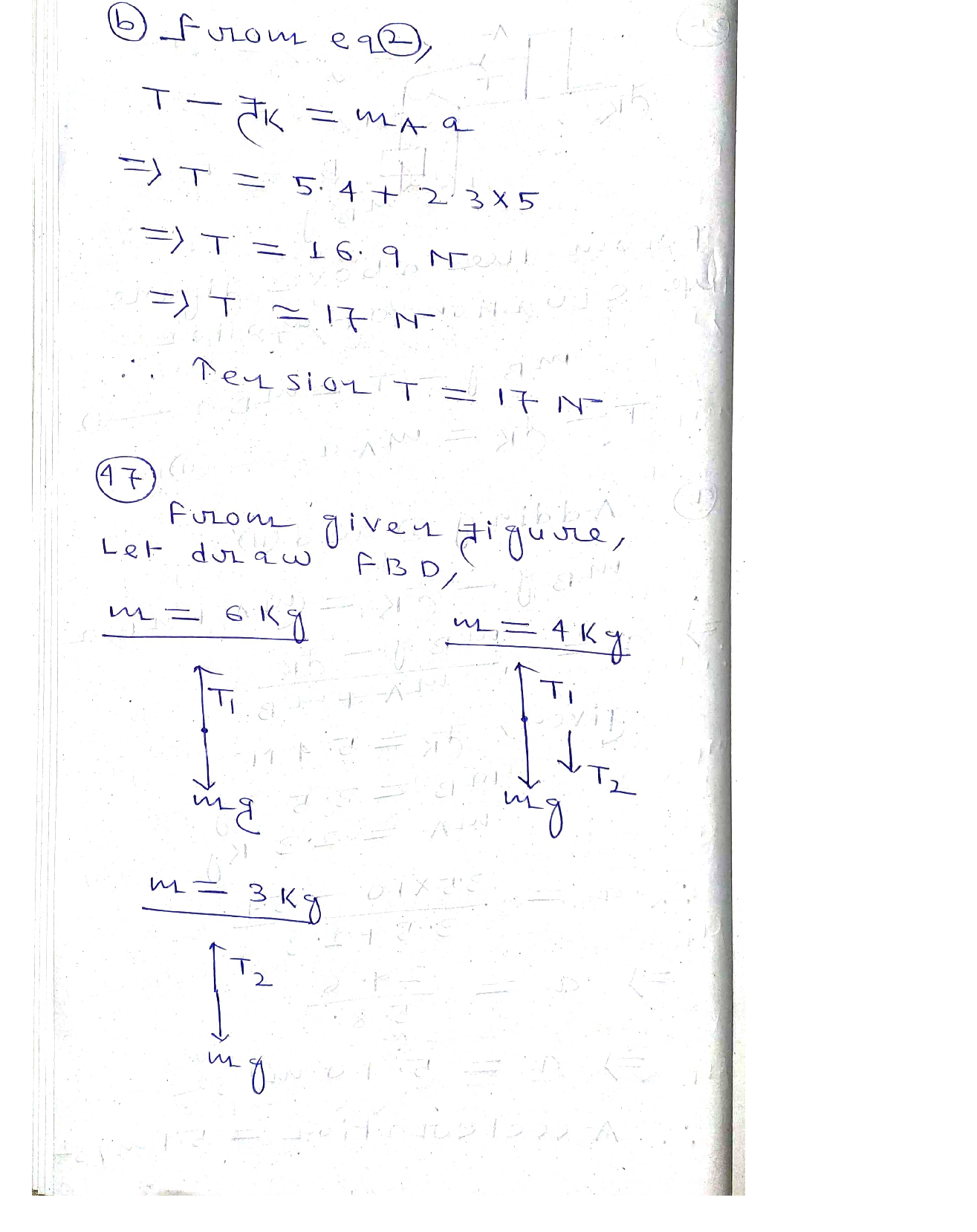 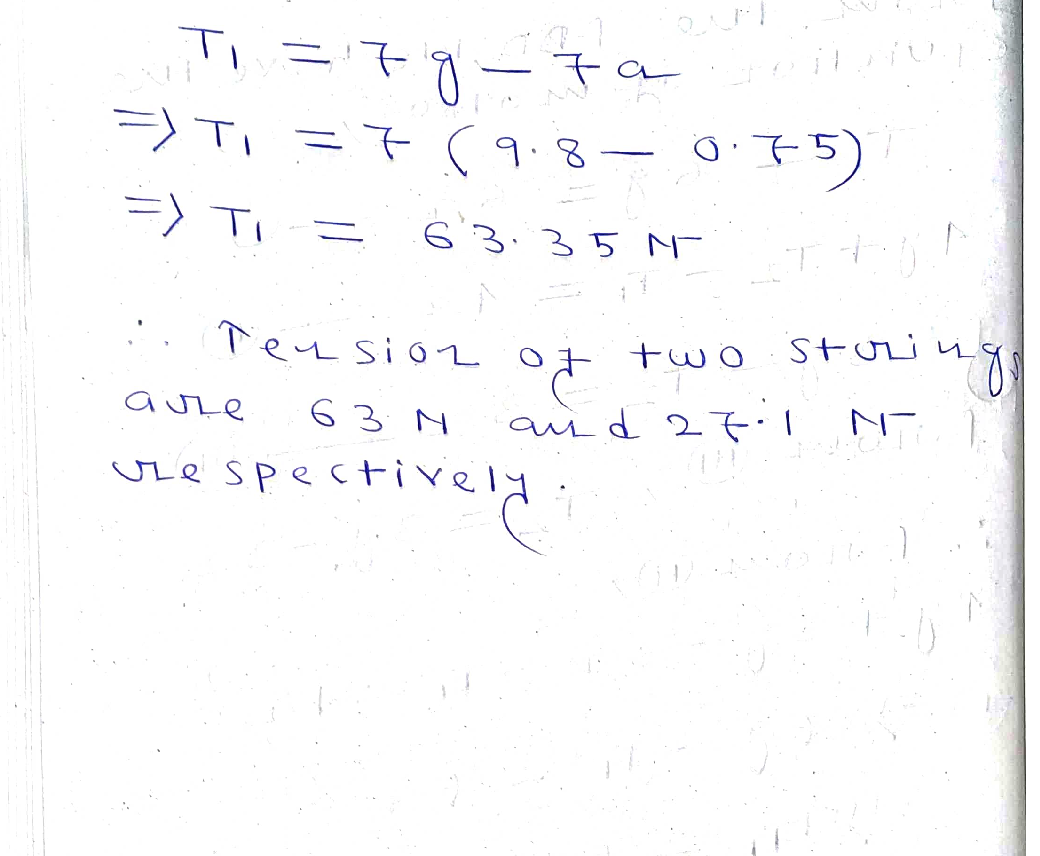 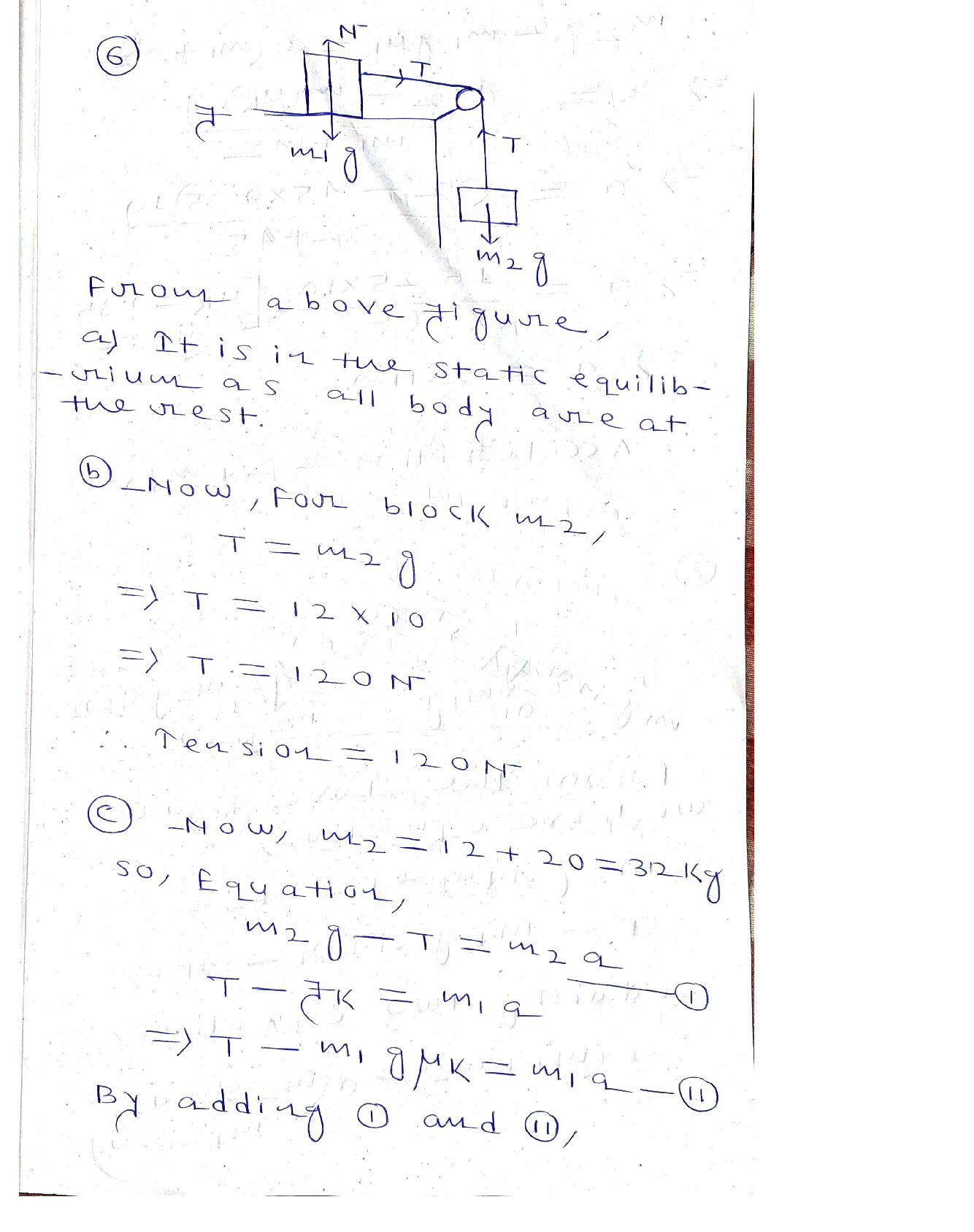 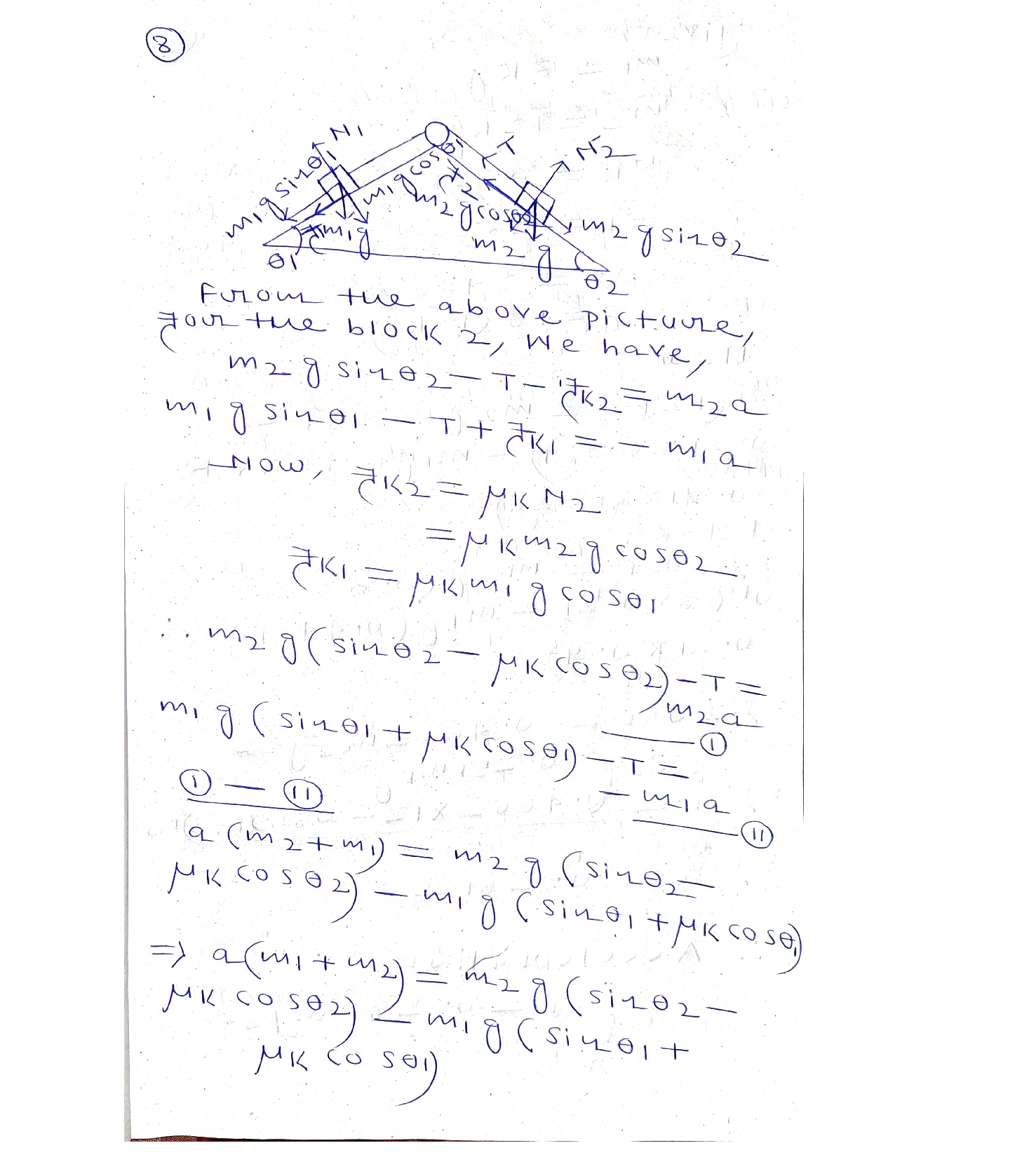 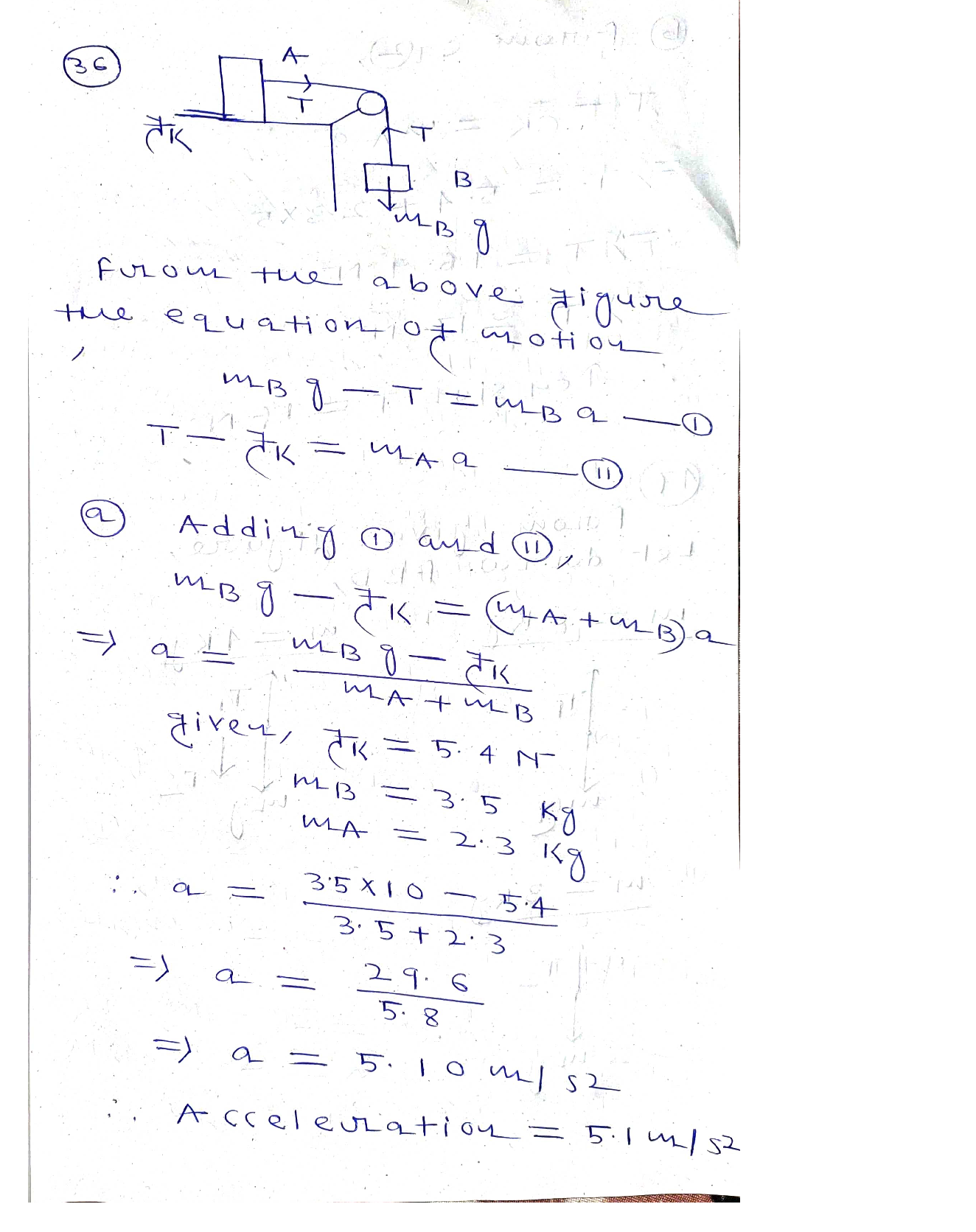 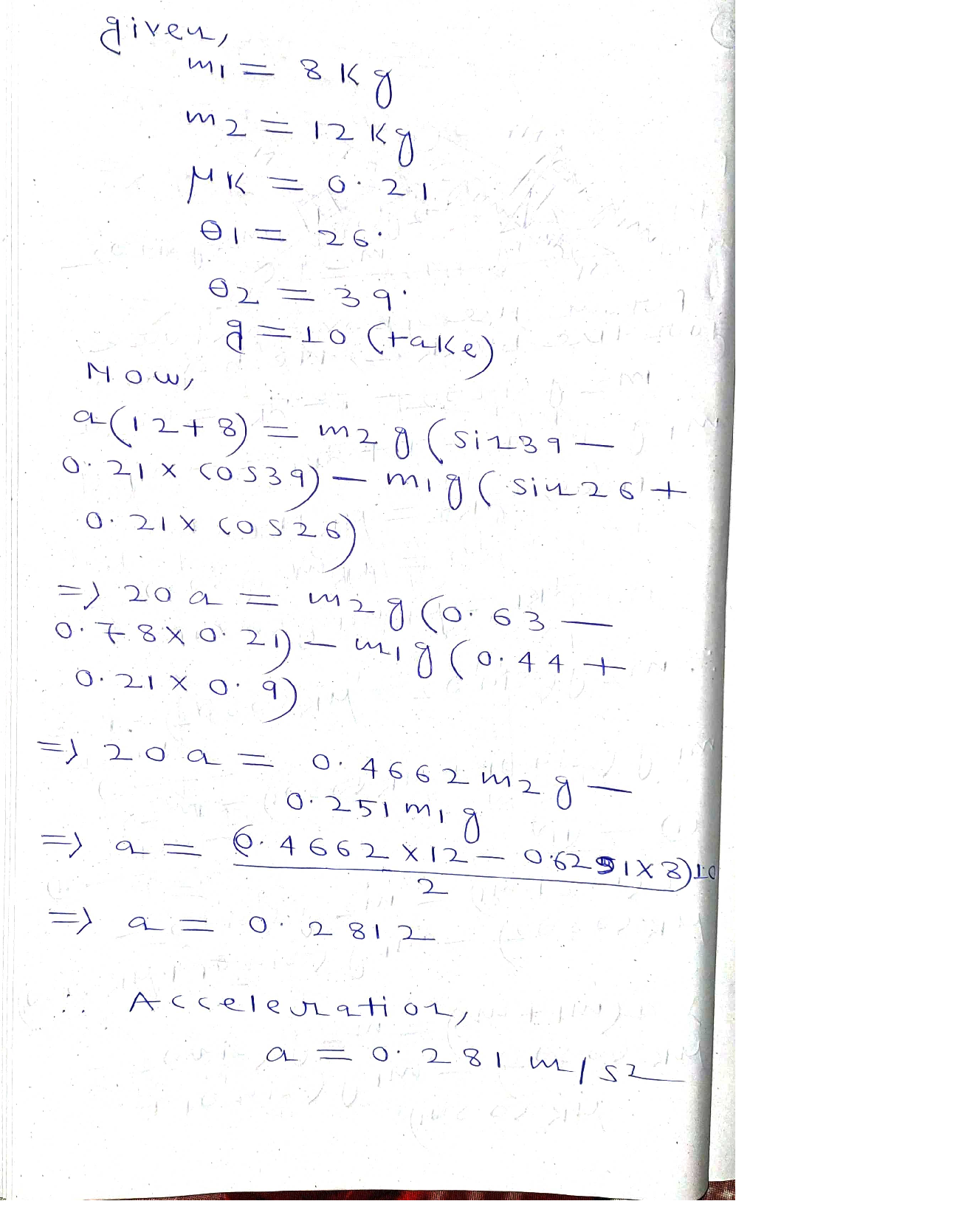 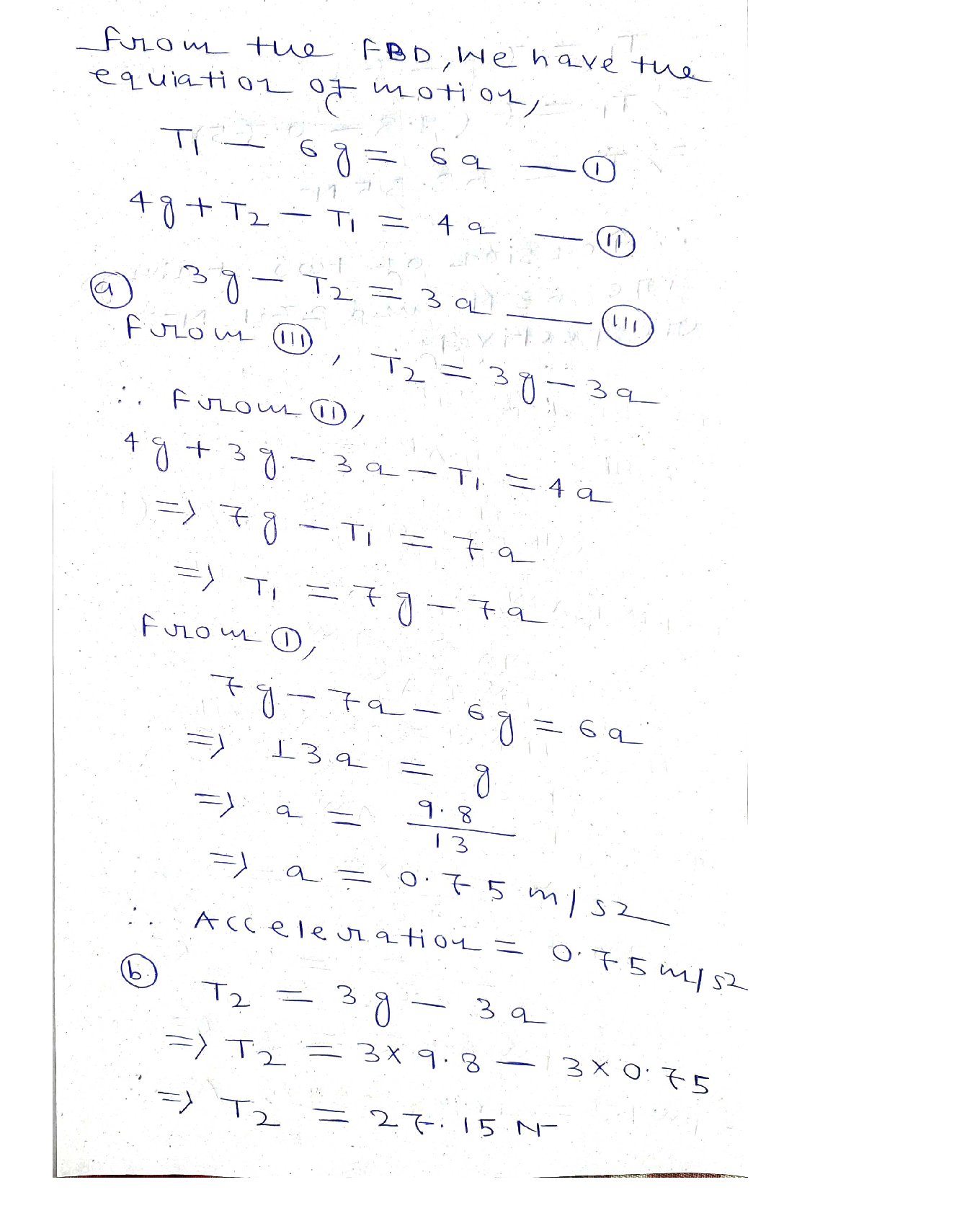 Q3 [45%] Consider the probability of finding a molecule in its ground state, P(e0),or first excited state, P(ɛ1), given the that energy separation between the two statesis 5 kJ/mol. You may assume that the states are non-degenerate (go = g1 = 1).
3] Calculate BAE for this system at 300 K.
[15%] Calculate the ratio of the excited and ground state populations P(ɛ1)/P(ɛo) at temperature T = 300 K
3. [15%] Show (by calculation) what would happen to the ratio if the temperature was increased by a factor of two.

Q2 [30%] Electron kinetic energies are often measured in units of electron-volts(1 eV = 1.6 x 10-19 J). When an aluminum plate is irradiated with UV light of 200nm wavelength, the ejected electrons are observed to have an average kinetic energy of about 2.11 eV. Use these results to
] Calculate the photon energy (in eV units).
Determine the electron binding energy O of aluminum (in eV units).

Q1 [25%] Consider a ball with mass m=5.0 kg on a hill with height h=10 m whichis inclined at an angle 0=30 degrees with respect to the horizontal axis and recallthat g=9.8 m/s².
] Calculate potential energy due to gravity11 1
Calculate the force on the ball due to gravity
Calculate the component of the force along the slope (z-axis).

What is the maximum mass of this water strider so that it can keep from breaking through the water surface? The strider has six legs

What is the maximum possible upward force on the foot due to surface tension of the water?

Estimate the air speed above the wings. Density of air is 1.29 kg/m3.

An airplane flies on a level path. There is a pressure difference of 524 Pa between the lower and uppersurfaces of the wings. The area of each wing surface is about 100 m². The air moves below the wings ata speed of 80.5 m/s.
Estimate the weight of the plane.